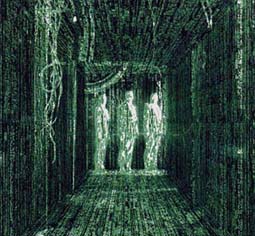 That the science-fiction deserves a more high consideration from the pioneering (but definitely naïves) incursions on the Moon by Georges Méliès (Le voyage dans la lune, 1902), the film-industry has discovered it since the ‘distant’ 1969, in which the great film-maker Stanley Kubrick, in his 2001: A Space Odyssey has offered to us so fascinating perspectives, engraving on celluloid unforgettable sequences, from that one which condenses — just in a few frames — the entire evolution of man, where the bone used by the anthropomorphic ape and throw up into the sky, turns into a capsule (as all our long human journey has consisted in a progressive amelioration of the tool), to the final scene, of great orphic suggestion (strengthened in it by the puissant introductory notes of Richard Strauss’ Also Sprach Zarathustra), in its capacity to open new horizons concerning the human destiny on earth — and all this, without never fall in didactics (because, as Cocteau well said, «it is not a matter to be understood, but to be seen»).
But that from these radiant premises we can arrive at so a pregnant metaphor of the actual EVOLUTIONARY CRISIS in which all humanity is plunged, this we cannot but hope it. And it is precisely what happened with the Wachowski Brother’s MATRIX.
Apocalyptic scenarios of remarkable visual and conceptual efficacy we have already seen, as in the cases of movies — now considered cults’ — like Terry Gilliam’s captivating Brazil or Ridley Scott’s Blade Runner. Psychological nuances in science-fiction garments too, and here is perhaps unequalled Andrej Tarkovskij’s eye in Solaris or, even more, in Stalker (unfortunately realised by poor technical resources). But the evocative impact created by MATRIX is really something else from all this. We can find here the same taste for quotations and mixings present in the above-cited movies, of course, but there is more than this. We can touch, here, a metaphor incredibly pregnant and punctual of the actual planetary crisis.
Let us say immediately, for want of precision, that we are not among those that regards the film-industry as a tenth Muse, or even as an ideal assembly of all arts, capable of realising Wagner’s dream. Rather, we agree with the philosopher Walter Benjamin, who in his essay Das Kunstwerk im Zeitalter seiner technischen Reproduzierbarkeit, raises the question if we can really define art a product totally lacking of his ‘auratic’ aspect, the ‘hic et nunc’ that renders it a unique and unrepeatable event. At the same time, it is without doubt that the film-industry, if ingeniously handled, can become something in which some artistic value can hinder. In this view, we can consider it, perhaps, the more puissant and the more beautiful way of expression among the popular ways.
MATRIX, apparently, is one of the so much action movies that each year is produced in America. But, here, at last, the birth is very welcomed, because we find that quick action and even violence is never gratuitous, — on the contrary, it is completely justified, for there is a sense which surpasses each partial vision and imposes itself on all that is merely incidental.
Earth is imprisoned in a sort of web whose tissue is made by some obscure forces that have ensnared the entire humanity. Each human being live as a slave (as Morpheus say to Neo at their first meeting), totally unaware of his living in a false reality, in a false Matter that obscures, covers and distorts the true Matter. Because there is, at the other side of this web, the true material reality, that can be alarming for men because of its pulling away from us all the illusions of which our false human existence nourishes itself secretly and continually, but being our real human dimension, is a state in which ALL IS POSSIBLE (as Neo himself arrives to know), provided that we are disposed to accept the unexpected. Then, if the human beings want to re-appropriate of their real being, and of their real earth (the two go always together in Matrix), they have to battle against these obscure forces. And, in this war, it is concentrated the Battle of the present world resisting to his own transformation.
Already Peter Weir, in his movie The Truman Show, has brought us in an analogue awareness of a sort of falsity of our way to perceive the world. But Truman was plunged in a paradoxical fiction. In Matrix, the metaphor becomes more precise and clear: we are all puppets in this huge planetary stage. And in order to escape from this enslavement, we have to abandon all the old standards that constitute the so-called ‘normal’ way of life, we have to re-conquer our real self and, ultimately, to win against the resistance both of the within and the without.
This movie is in syntony with some very modern conception of life. Baudrillard says that all we think as real, is in effect dissolved from time. And it is at least surprising that the script of this movie will be possible without knowing the investigations in the future of our earth which constitute the core of Mother’s Agenda— it proves that Mother’s contagion is diffusing more and more in all the corners of our so-called life. It is a pity that the sequel, Matrix Reloaded, is a disgusting muddle of the worst commonplaces, and Matrix Revolutions, while a little better (the conclusion remember the last sequence of Scanners by David Cronenberg), is inferior to the first. It is the same difference that exist between 2001: A Space Odissey, and that horrible sequel called 2011: The Year of the Contact — with the huge difference that, in that case, the original movie was realised by the great Stanley Kubrick, while the sequel by a director without genius. In the case of Matrix, on the contrary, the sequel is realised by the same directors of the first, at the same time with a videogame… Alas, the directors are fallen themselves in the net of the Matrix system!