THE COMPLETE WORKS
OF SRI AUROBINDO 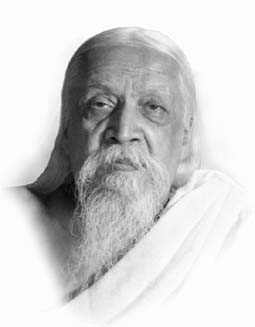 To commemorate Sri Aurobindo’s 125th birth anniversary in 1997, the Sri Aurobindo ashram has begun to bring out Sri Aurobindo’s Opera Omnia in a fine uniform library edition of 37 volumes (39, if we consider two unnumbered volumes: the Glossary to the Record of Yoga — an appendix to Record of Yoga, volumes 10 & 11 — and a separate volume containing the English translation — evidently not made by Sri Aurobindo – of the volume 9, Writings in Bengali and Sanskrit).
It will be — as far as possible — the first integral edition of Sri Aurobindo’s writings.
The set is not already completed; thus far, 32 volumes have been issued, and the publication of the entire set is expected to take another three years (maybe completed in 2017).

Here below we give the title of each volume (each volume already published has a special hyperlink relating the contents):

This first edition of the COMPLETE WORKS is a limited edition of 2500 setsonly, hardbound in a uniform format. Each volume will have 500 pages on the average (size: 9.5" x 6.5", that is 24x16 cm; typeface: Sabon, 11 point; paper: special acid-free paper for longevity; cover: cloth-bound in hard cover).

In any case, it will be extremely useful for us — we may even say indispensable — those books in which Sri Aurobindo’s letters are published by addressee. These are not necessarily published by the Editor of the Complete Works of Sri Aurobindo, and we want to include it all in our list (in bold we put the volumes already published):

Moreover, we have to consider also some texts which are the records made by direct witnesses of a certain amount of Conversations of Sri Aurobindo. Obviously, Sri Aurobindo is not responsible for these records as he had no opportunity to see them. So, it is not as if Sri Aurobindo said exactly these things but that the author of the records remember him to have said them. Here the list:

Returning definitively to the Complete Works of Sri Aurobindo, we may say that generally newly edited revision of significant works must continue to appear until a fully reliable texts, supported by an adequate but not excessive “editorial apparatus” has been published. Only such edition has the right to call itself “critical” or — if such a label is possible — “definitive”. Then, we have some right to expect that the present publication will be an integral and critical edition of Sri Aurobindo’s writings.

For about five years at least, the subscribers of the "complete" edition of Sri Aurobindo's writings have not received the remaining volumes to complete the work. To be precise, the volumes published so far are 36 (from the first to the thirty-sixth, without interruption). The last three volumes currently missing are:

Last February we kindly asked the Publisher directly for clarification, who assured us that the volumes are ready but are not yet published and they are unable to give even a conjectural publication date (to quote verbatim, "they are being prepared but have not yet been published"). In order to issue a definitive verdict on the quality of the overall work, obviously we need the complete edition.
At the moment, we limit ourselves to reiterating that so far the work seems to have been done with accuracy and precision. We therefore hope to find the same scruple in these last three volumes. In particular, we await (in the “Reference Volume”, it is assumed) the material that we have not found in any of the volumes published so far - writings of Sri Aurobindo not made public as yet. We point out two of them, by way of example:

1) all the writings of Sri Aurobindo in "Old Aryabhasha": these are rather copious material (at least twenty pages, as far as we know) of inestimable value and which, in our humble opinion, should perhaps have appeared in volume 9, although it is neither Bengali nor Sanskrit, but what we could define as a sort of Proto-Vedic, if not Proto-Indo-European (PIE).

2) the correspondence exchanged by Sri Aurobindo on the (somewhat current!) problem of vaccination. We report a passage in which dr. Nirodbaran (in his book “Memorable Contacts with the Mother”) pauses to briefly describe what happened in the Thirties on the occasion of a wave of smallpox that prompted the French government to put pressure on the entire citizenship vaccinated. Nirod wrote: “The entire long correspondence on this affair, when published, will show with what minute care the Mother considered the health of all the members and how thorough she was in all the details. As a piece of writing, these letters are brilliant with wit, satire and at the same time perspicacity as regards practical directions." Also these letters, again in our humble opinion, should have been included in volume 35 (“Letters on Himself and the Ashram”) or in volume 36 (“Autobiographical Materials”).

We trust that the Publisher understands the importance of these writings (and any others not mentioned here), rather than keeping them secret in the drawer, without logical reasons.
When, a few years ago, the first critical edition of all the manuscripts available by Leonardo da Vinci was published (including, for obvious reasons, his drawings) in 63 wonderful volumes (in 998 numbered copies for the whole world), the Publisher took care - as a duty - to include all the writings available, without distinction. There you can find, to limit ourselves to one example, even the sheets in which the Genius of the Renaissance lists various dishes to buy for himself (strictly vegetarian) and for his disciples (not all vegetarians, by all means). This is to say that a respecting critical edition cannot afford to arbitrarily select what the Publisher considers important and keep aside what it considers of little or no value. Any leaflet has a unique and incomparable importance! We hope that the Publisher of this "complete edition" of Sri Aurobindo's writings is well aware of this universally recognized truth. Conversely, it is not a complete edition.