THE FOUR OBJECTS OF LIFE 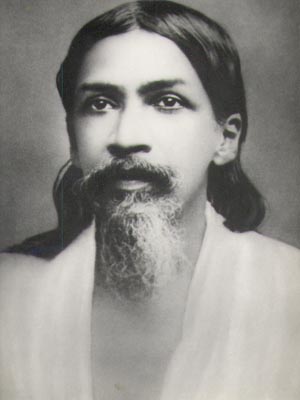 The most catholic aim of human life can be summarized as an integral transformation of our present nature that can lead to the full liberation and to the most complete perfection of being and nature.
In the recent past of human history, the emphasis was given to the liberation of the being, to the detriment of the perfection. But, as Sri Aurobindo points out: «No society wholly or too persistently and pervadingly dominated by this denia of life dynamism can flourish and put forth its possibilities of growth and perfection. Even the higher being of man, which finds its account on a vigorous life dynamism, both as a fund of force to be transformed into its own loftier energies and as a potent channel of connection with the outer life, suffers in the end by this failure and contraction. The ancient Indian ideal recognised this truth and divided life into four essential and indispensable divisions, artha, kâma, dharma, moksa, vital interests, satisfaction of desires of all kinds, ethics and religion, and liberation or spirituality, and it insisted on the practice and development of all. Still it tended to put the last forward as the goal of all the rest, which is, but to put it at the end of life and its habitat in another world of our being, rather than here in life as a supreme status and formative power on the physical plane. But this rules out the idea of the kingdom of God on earth, the perfectibility of society and of man in society, the evolution of a new and diviner race, and without one or other of these no universal ideal can be complete. It provides a temporary and occasional, but not an inherent justification for life; it holds out no illumining fulfilment either for its individual or its collective impulse.» (from The Human Cycle, chapter XVI, The Suprarational Ultimate ol Life).

Then, we have to include the perfection of our instrumental nature within the ranges of our aim. So, from the ideal of artha, kâma, dharma, moksa Sri Aurobindo drive us to the four real objects of life:artha, kâma, prema, siddhi.
In a word, it will be the change of the cold Law with the power of true and eternal Love.
In Sri Aurobindo’s own words: «The first status of Life we found to be characterised by a dumb inconscient drive or urge [artha], a force of some involved will in the material or atomic existence, not free and possessor of itself ot its works or their results, but entirely possessed by the universal movement in which it arises as the obscure unformed seed of individuality. The root of the second status is desire [kâma], eager to possess but limited in capacity; the bud of the third is Love [prema] which seeks both to possess and be possessed, to receive and to give itself; the fine flower is the fourth, its sign of perfection, we conceive as the pure and full emergence of the original will, the illumined fulfilmente of the intermediate desire, the high and deep satisfaction of the conscious interchange of Love by the unification of the state of the possessor and possessed in the divine unity of souls which is the foundation of the supramental existence [vijñâna siddhi]. If we scrutinise these terms carefully we shall see that they are shapes and stages of the soul’s seeking for the individual and universal delight of things; the ascent of Life is in its nature the ascent of the divine Delight in things from its dumb conception in Matter through vicissitudes and opposites to its luminous consummation in Spirit.» (The Life Divine, chapter XXIII, The Double Soul of Man).