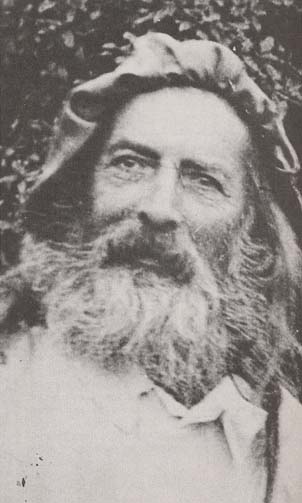 Théon (Louis-Maximilian Bimstein) was an enigmatic occultist whose evolutionary and occult teachings were indirectly taken up by Sri Aurobindo, and may have also had some influence on the metaphysics of H.P. Blavatsky.
A Polish Jew, he travelled to London, France, Egypt, and finally Algeria, founding several esoteric groups along the way. He was known under several names, but we can refer to him as “Max Théon”, the pseudonym he adopted while in Algeria.
Théon and his knowledge is truly extraordinary. At the very least he was, and is, equal in importance in understanding the development of modern Western esotericism, to figures such as Blavatsky, Steiner, Crowley, Gurdjieff, and Alice Bailey. Yet this figure, who was active in Paris around the turn of the century (he apparently commuted between Algeria and Paris), has been until only very recently virtually unknown outside the Mother and Sri Aurobindo’s talks. Now however the situation is changing, and hermetic scholars like Chanel and Greenfield have written on this important figure.
Max Théon was born in 1848 in Warsaw, and studied the ancient tradition. Born in Poland, Théon travelled widely in his youth.
His father was a “Rabbi” and was called Leon Judas Bimstein (‘Lion of Juda’, traditional among Jews, also to be found under the names of Löwy, Lévy, Lévi, etc from German Löwe). Louis-Maximilian, with his father Rabbi Bimstein, soon to leave Warsaw for Cairo.
Max was exceptionally young when he mastered different occult lores and became proficient in occultism. He spoke several languages with ease, and was adept at many crafts. A diversity of subjects interested him — scientific or artistic or sociological. He could always hold his own against the experts in any line.
With his refinement, his aristocratic bearing, he became a much sought-after guest in London’s high society. Very quickly he gained a reputation almost matching that of the Count of Saint-Germain (in the Court of Louis XV) who claimed to be several centuries old. Théon never made any such claims. But rumours about him flew around at a great pace. Some spoke of his earthly immortality, others said he was the son of a Russian Prince, and so on and so forth. Théon’s enigmatic personality aroused everybody’s curiosity, but he took good care never to satisfy it. 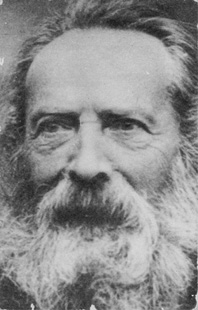 Around the turn of the century the Théons decided to found the Cosmic Movement. Among the most important of Theon’s students at this time were Louis Themanlys, a spiritual philosopher and writer, and Charles Barlet a metaphysician. Louis was also a friend of Matteo Alfassa, Mirra’s brother, and so it was from Louis that Mirra first heard about Théon and the Cosmic Philosophy. Together they established the Cosmic Review, intended for the «study and re-establishment of the original Tradition.»
Théon declared that his wife Alma was the moving spirit behind this idea. Thus, it was thanks to Madame Théon that all the science of the occult that Théon had accumulated could be put into practice.
In Paris in 1905 Mirra first contacted Théon, and later she joined him and his wife in Tlemcan, Algeria, for the purpose of learning occultism. Théon himself, despite his great intellect, apparently had little clairvoyant ability, for rather than attempt to perceive the occult realms directly, he would employ the services of his wife Alma, and later of Mirra as well.
In 1908 the death of Alma, his wife and companion of twenty-three years (from March 1885 to September 1908) was a terrible blow to Théon. He fell a prey to a profound depression. The Themanlys took their broken-hearted Master to their Normandy home and for several months nursed him with loving care, until he was somewhat recovered and could travel. He then returned to Tlemcen. But before doing that he told the members of the Cosmic movement that as the Heart of the Movement had stopped beating, the publication of the Cosmic Review would stop too.
Théon’s visits to France then became extremely rare. Many people believed he had died in 1913 or thereabouts, but in fact he had been badly injured in a car accident, and was only able to walk after a year.
He was still in Tlemcen and recovering from his injuries when the 1914 war broke out. He held a war to be «the greatest crime, because life is sacred.» According to Théon, as with Plato, the ideal political system is a Government by the Wise.
During the four years of war they did not move from Tlemcen apparently. His devoted secretary Teresa remained his companion. their last visit to Paris was in 1919-1920. Finally, according to a small paragraph in a newspaper published at Tlemcen, Théon died on 4 March 1927, and the funeral was held on 6 March 1927.
It is fascinating to consider the influence on Blavatsky; especially how similar some of the ideas and style of Théon’s cosmic tradition was to Blavatsky. And it is even more astonishing to consider that the teachings of the Mother and Sri Aurobindo got an influence from Theon’s.
Mirra in contrast to Blavatsky seems to have been more faithful to Théon’s conceptual scheme, as it really is an excellent system. While at times not very impressed with Théon’s personality (although she thought very highly of his wife, Alma Théon), she obviously thought very highly regarding his metaphysics, for she retained his concepts, and even his curious terminology, which she passed on to Sri Aurobindo. Thus Théon’s metaphysic found its way, through Mirra’s mediation, into Sri Aurobindo’s comprehensive cosmology.