Poetry and the Future of Man 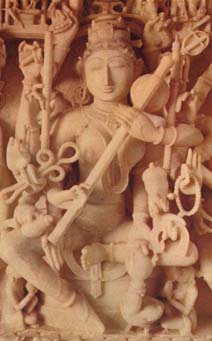 We have just crossed the threshold of the new millennium and the world appears ever more irreversibly squeezed in the fatal hug of his mantis, the pure planetary technique. Without even the fleeting hyperbole of pleasure — only a little of wellness and then to die.
The One-and-only Thought of gain imposes on the gratuity of the poetical gift and manifests himself in its attempt at destroying all the differences that give a sense to our living. The fragile equilibrium between the male and the female poles, between Nature and Culture, between solidarity and responsibility, shatters in favour of a male chauvinist will-to-dominate. It is as the yang would suppress the yin.
So, despite those signals of pseudo-progress recognizable in the ascent to power by an ever growing number of women, in the proliferation of ecological movements, in the opening of the frontiers to the desperate of the earth, we discover that the women that have the power generally exercise it in masculine ways, that Mother Earth is always more sick, and that the desperate are accepted only to be exploited.
It is the disgraceful defeat of the grace, of the yin, of the woman as an archetype, of Mater Materia, of the joint and several liability.
But the victory of the technocrats is, in reality, only a Pyrrhic victory. Certainly, the irrationalists needs them at least as the atheists needs God, and this redoubles their Phalanges. But there is a vaster universe beyond our domestic one, or rather there are infinite universes, as the neo-Platonic Giordano Bruno glimpsed. There is a justly hope of a tremendous Force, invincible but non coercive, benevolent even when She destroys, as the puissance of the moon that gently but inevitably rises the tides. And, part of this Consciousness-Force, is the mantric power of the poetic word, because only poetically we can challenge the murderous epidemic of the common sense politically correct.
Here then Goethe, with his intuition of a «metamorphosis of the identical»; here then Ernst Jünger, because «poetry is in the order of the spirit that which tides are in the physical order: an answer to far distances»; here then the modern mystic poets, because in their chants they continues allusively to corresponds to the Question, to approach answers, to lap at the Real.

Almost one century ago, Sri Aurobindo wrote, in The Future Poetry (Part II, Chapter V):
«The one thing that man sees above the intellect is the spirit, and therefore the developed intellect of the race, if it is at all to go forward, must open now to an understanding and seeing spirituality, other than the rather obscure religionism of the past which belonged to the lower levels of the life and the emotion and which has had its bounds broken and its narrowness condemned by the free light of intellectual thought: this will be rather an illumined self-knowledge and God-knowledge and a world-knowledge too which transmuted in that greater light will spiritualise the whole view and motive of our existence. That is the one development to which an accomplished intellectualism can open and by exceeding itself find its own right consummation. The alternative is a continual ringing of changes in the spinning of the intellectual circle which leads nowhere or else a collapse to the lower levels which may bring human civilisation down with a run to a new corrupted and intellectualised barbarism. This is a catastrophe which has happened before in the world’s history, and it was brought about ostensibility by outward events and causes, but arose essentially from an inability of the intellect of man to find its way out of itself and out of the vital formula in which its straining and questionings can only exhaust itself and life into a full illumination of the spirit and an enlightened application of the saving spiritual principle to mind and life and action. The possibility of such a catastrophe is by no means absent from the present human situation. On the one hand the straining of the intellect to its limits of elasticity has brought in a recoil to a straining for unbridled vital, emotional and sensational experience and a morbid disorder in the economy of the nature and on the other there have come in, perhaps as a result, perturbations of the earth system that threaten to break up the mould of civilisation, and the problem of the race is whether a new and greater mould can be created or instead a collapse and decadence intervene and a recommencing of the circle. The hope of the race in this crisis lies in the fidelity of its intellect to the larger perception it now has of the greater self of humanity, the turning of its will to the inception of delivering forms of thought, art and social endeavour which arise from the perceptions and the raising of the intellectual mind to the intuitive supra-intellectual spiritual consciousness which can alone give the basis for a spiritualised life of the race and the realisation of its divine potentialities. The meaning of spirituality is a new and greater inner life of man founded in the consciousness of his true, his inmost, highest and largest self and spirit by which he receives the whole of existence as a progressive manifestation of the self in the universe and his own life as a field of a possible transformation in which its divine sense will be found, its potentialities highly evolved, the now imperfect forms changed into an image of the divine perfection, and an effort not only to see but to live out these greater possibilities of his being. And this consciousness of his true self and spirit must bring with it a consciousness too of the oneness of the individual and the race and a harmonious unity of the life of man with the spirit in Nature and the spirit of the universe.
The voice of a new deeper intuitive poetry can be a powerful aid to this necessary change of seeing and aspiration, because what the thought comprehends with a certain abstraction, it can make living to the imagination by the word and a thing of beauty and delight and inspiration for the soul’s acceptance. This poetry will speak of new things and of old things in a new way and with a new voice, not by an exclusion or diminution of its province, but by a great heightening above, a great intimacy within, a great enlargement and wideness around, a vision of inmost things and therefore a changed vision of the world and life and the untold potentialities of the soul’s experience. It will restore to us the sense of the Eternal, the presence of the Divine which has been taken from us for a time by an intellect too narrowly and curiously fixed on the external and physical world, but it will not speak of these things in the feeble and conventional tones of traditional religion, but as a voice of intuitive experience and the rhythm and chant of the revelation of an eternal presence. The voice of the poet will reveal to us by an inspired rhythmic word the God who is the Self of all things and beings, the Life of the universe, the Divinity in man, and he will express all the emotion and delight of the endeavour of the human soul to discover the touch and joy of that Divinity within him in whom he feels the mighty founts of his own being and life and effort and his fullness and unity with all cosmic experience and with Nature and with all creatures».

Needless to say, Sri Aurobindo himself incarnate entirely this ideal of poet. His Poems, his Dramatic Works, and above all his Epics are the best witnesses. To plunge in Sri Aurobindo’s poetry, means to dive into an ocean of infinite and universal delight, in which reigns a perfect fusion of beauty and power and truth. We give here only a little anticipation, from Savitri, His Magnum Opus:

Above the stretch and blaze of cosmic Sight,
Above the silence of the wordless Thought,
Formless creator of immortal forms,
Nameless, investitured with the name divine,
Transcending Time’s hours, transcending Timelessness,
The Mighty Mother sits in lucent calm
And holds the eternal Child upon her knees
Attending the day when he shall speak to Fate.
There is the image of our future’s hope;
There is the sun for which all darkness waits,
There is the imperishable harmony;
The world’s contradictions climb to her and are one:
There is the Truth of which the world’s truths are shreds,
The Light of which the world’s ignorance is the shade
Till Truth draws back the shade that it has cast,
Till Love our hearts call down to heal all strife,
The Bliss for which the world’s derelict sorrows yearn:
Thence comes the glory sometimes seen on earth,
The visits of Godhead to the human soul,
The Beauty and the dream on Nature’s face.
There the perfection born from eternity
Calls to it the perfection born in Time,
The truth of God surprising human life,
The image of God overtaking finite shapes. [III.X.IV]
But when the hour of the Divine grow near
The Mighty Mother shall take birth in Time
And God be born into the human clay
In forms made ready by our human lives.
Then shall the Truth supreme be given to men:
An Immeasurable cast into many forms,
A miracle of the multitudinous One […]
Then shall the earth be touched by the Supreme,
His bright unveiled Transcendence shall illumine
The mind and heart and force the life and act
To interpret his inexpressible mystery
In a heavenly alphabet of Divinity’s signs.
His living cosmic spirit shall enring,
Annulling the decree of death and pain,
Erasing the formulas of the Ignorance,
With the deep meaning of beauty and life’s hid sense,
The being ready for immortality,
His regard crossing infinity’s mystic waves
Bring back to Nature her early joy to live,
The metred heart-beats of a lost delight,
The cry of a forgotten ecstasy,
The dance of the first world-creating Bliss. […]
All then shall change, a magic order come
Overtopping this mechanical universe.
A mightier race shall inhabit the mortal’s world.
On Nature’s luminous tops, on the Spirit’s ground,
The superman shall reign as king of life,
Make earth almost the mate and peer of heaven,
And lead towards God and truth man’s ignorant heart
And lift towards godhead his mortality. […]
Then in the process of evolving Time
All shall be drawn into a single plan,
A divine harmony shall be earth’s law,
Beauty and joy remould her way to live:
Even the body shall remember God,
Nature shall draw back from mortality
And Spirit’s fires shall guide the earth’s blind force; […]
The mind shall be God-vision’s tabernacle,
The body intuition’s instrument,
And life a channel for God’s visible power.
All earth shall be the Spirit’s manifest home, […]
The Spirit’s eyes shall look through Nature’s eyes,
The Spirit’s force shall occupy Nature’s force. […]
Nature shall live to manifest secret God,
The Spirit shall take up the human play,
This earthly life become the life divine. [III.XI.I]