«My ideal indeed can be put into a few words and that is:
to preach unto mankind their divinity,
and how to make it manifest in every movement of life.» 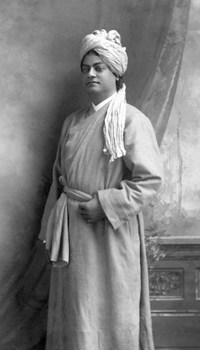 «In vindicating ancient things it has been obliged to do so in a way that will at once meet and satisfy the old mentality and the new, the traditional and the critical mind. This in itself involves no mere return, but consciously or unconsciously hastens a restatement. And the riper form of the return has taken as its principle a synthetical restatement; it has sought to arrive at the spirit of the ancient culture and, while respecting its forms and often preserving them to revivify, has yet not hesitated also to remould, to reject the outworn and to admit whatever new motive seemed assimilable to the old spirituality or apt to wide the channel of its larger evolution. Of this freer dealing with past and present, this preservation by reconstruction, Vivekananda was in his life-time the leading exemplar and the most powerful exponent. But this too could not be the end; of itself it leads towards a principle of new creation.»

«I do not remember what I said about Vivekananda. If I said he was a great Vedantist, it is quite true. It does not follow that all he said or did must be accepted as the highest truth or the best. […] It seems certain that Ramakrishna expected him to be a great power for changing the world-mind in a spiritual direction and it may be assumed that the mission came to the disciple from the Master.»

«The error of the [Ramakrishna] Mission [founded by Vivekananda] is to keep too much to the forms of Ramakrishna and Vivekananda and not keep themselves open for new outpourings of their spirit, — the error of all “Churches” and organised religious bodies». 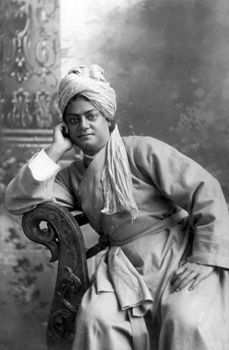