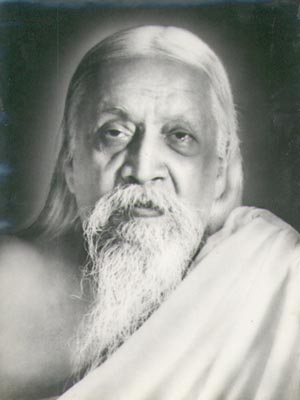 — There was an article in the Sabarmati by K. Mashruwala stating: «However great a yogi may be he ought not to say anything against morality».

Sri Aurobindo: What does he mean by “morality”? So long as you need to be virtuous you have not attained the pure spiritual height where you have not to think whether the action is moral or not. These people hastily conclude that when you ask them to rise above morality, you are asking them to sink down below good and evil. That is not at all the case.

— They believe that a man can advance only by morality, i.e. by remaining moral.

Sri Aurobindo: Nobody denies that. By morality you become more human, but you do not go beyond humanity. Morality has done much good to man, maybe; it has also done much harm. The question is whether you can rise to something above man by morality. That sort of mental limitation is not conductive to the growth into the Spirit.

— But they always confuse morality with spirituality.

Sri Aurobindo: Like the Christians to whom there is no difference between morality and spirituality. For instance, take this fast now announced. It is a Christian idea of atonement for sin. All those other reasons which are given make it rather ridiculous. Indian culture knew the value of morality, and also its limitations. The Upanishads and the Gita are loud with and full of the idea of going beyond morality. For instance, when the Upanishad says: “he does not need to think whether he is doing is good or bad” (sadhu, asadhu). Such a man attains a consciousness in which there is no need to think about morality because the action proceeds from the Truth.