On Himself and on the Mother 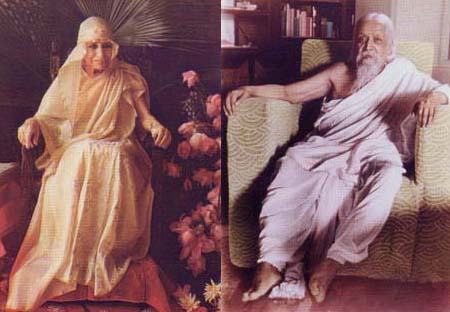 «The Mother’s consciousness and mine are the same, the one Divine Consciousness in two, because that is necessary for the play.» (13.11.1934).

«There is no difference between the Mother’s path and mine; we have and have always had the same path, the path that leads to the supramental change and the divine realisation; not only at the end, but from the beginning they have been the same.» (10.9.1931).

«If I had to do my own transformation, or give a new yoga, or a new ideal to select few people who came in my personal contact, I could have done that without having any Shakti. But for the work I had to do it was necessary that the two sides must come together. By the coming together of the Mother and myself certain condition are created which make it easy for you to achieve the transformation.» (18.05.1926).

«As for the Mother and myself, we have had to try all ways, follow all methods, to surmount mountains of difficulties, a far heavier burden to bear than you or anybody else in the Ashram or outside, far more difficult conditions, battles to fight, wounds to endure, ways to cleave through impenetrable morass and desert and forest, hostile masses to conquer — a work such as I am certain none else had to do before us. For the Leader of the Way in a work like ours has not only to bring down and represent or embody the Divine, but to represent too the ascending element in humanity and to bear the burden of humanity to the full and experience but in a mere play or lila but in grim earnest all the obstruction, difficulty, opposition, baffled and hampered and only slowly victorious labour which are possible on the Path. But it is not necessary nor tolerate that all should be repeated over again to the full in the experience of others. It is because of our experience won at a tremendous price that we can urge upon you and others, “Take the psychic attitude; follow the straight sunlit path, with the Divine openly or secretly upbearing you — if secretly, he will yet show himself in good time, — do not insist to the hard, hampered, roundabout and difficult journey.”
[…] every sadhak entering the Way has to get over similar impediments. It took me four years of inner striving to find a real Way, even though the Divine help was with me all the time, and even then it seemed to come by an accident; and it took me ten more years of intense Yoga under a supreme inner guidance to find the Way and that was because I had my past and the world’s past to assimilate and overpass before I could find and found the future.» (5.5.1932).

«I have never known any will of mine for one major event in the conduct of world affairs to fail in the end, although it may take a long time for the world-forces to fulfil it.» (2.11.1932).

«It is not because I have ignored difficulties, but because I have seen them more clearly, experienced them on a larger scale than anyone living now or before me that, having faced and measured them, I am sure of the results of my work. But even if I still saw the chance that it might come to nothing (which is impossible), I would go on unperturbed, because I would still have to do the best of my power the work that I had to do and what is so done always counts in the economy of the universe.» (5.1.1933).

«My sadhana was not done for myself but for the earth-consciousness as a showing of the way towards the Light, so that whatever I showed in it to be possible: inner growth, transformation, manifesting of new faculties, etc. was not of no importance to anybody, but meant as an opening of lines and ways for what had to be done.» (5.1933).

«I have been testing day and night for years upon years more scrupolously than any scientist his theory or his method on the physical plane. That is why I am not alarmed by the aspect of the world around me or disconcerted by the often successful fury of the adverse Forces who increase in their rage as the Light comes nearer and nearer down to the field of earth and Matter.
If I believe in the probability and not only the possibility, if I feel practically certain of the supramental Descent — I do not fix a date, — it is because I have my grounds for the belief, not merely a faith in the air. I know that the supramental descent is inevitable — I have faith in view of my experience that the time can be and shoud be now and not in a later age.
But even if I knew it to be for a later time, I would not swerve from my path or be discouraged or flag in my labour. Formerly I might have been, but not now after all the path I have traversed. When one is sure of the Truth, or even when one believes the thing one pursues to be the only possible solution, one does not stipulate for immediate success, one travels towards the Light taking as well worth while and facing every risk of the adventure.» (30.8.1933). 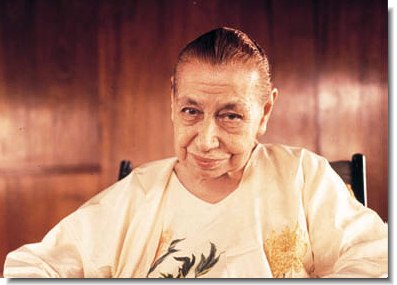